Do Branches on Trees Grow Back After Tree Branch Removal? 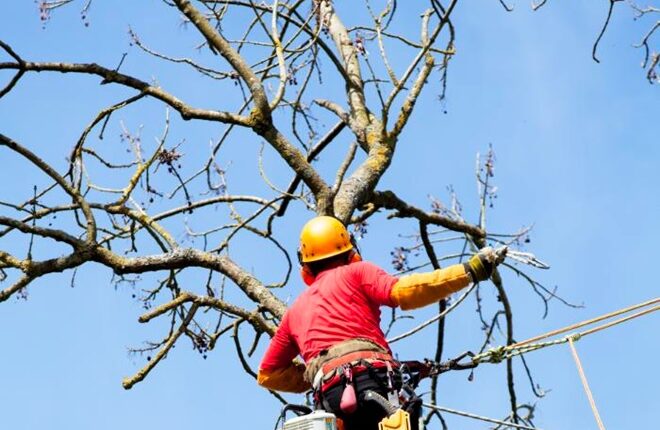 Tree branches are removed when they are diseased or dead, pose a safety hazard, or if they interfere with power lines or other parts of the tree. The process of removing a branch is called “branch pruning,” and it can be done by hand or with a machine.

If you remove a branch from your tree, it will sometimes grow back—but only if it is healthy enough to begin with. If the branch was diseased or dead before you removed it, then it probably won’t grow back again. If there was rot in the wood of your tree, then this would also prevent new growth from occurring on that area of bark once it had been removed from its place on the trunk in order to fix whatever problem caused its removal in the first place (e.g., disease).

If you are removing branches from healthy trees because they pose a safety hazard or because they interfere with power lines or other parts of the tree, then there should be no issues with new growth occurring once those branches have been cut off from their parent plant altogether (or at least removed close enough so that they cannot reach back toward its

Where You Cut Matters

​​ When completing Pittsburgh tree branch removal, it can be tempting to simply hack away and hope for the best. But if you want your tree to stand tall and strong, then it’s important to pay attention to where you cut.

The best way to ensure that your tree will grow up straight and strong is to make sure that you cut at an angle that matches the natural curve of the tree’s trunk. If you cut straight across, then there will be no support for the top of the tree as it grows taller, and this could cause it to fall over or split apart in other ways.

To determine where to make your cut, stand back from your chosen tree so that its full length is visible from above. Look at how each branch forks off from the trunk—it’s usually at a 45-degree angle from vertical toward horizontal. Then make your first cut at an angle that reflects this natural curve. After that, simply continue cutting at an angle until all branches have been removed from your chosen specimen.

You also need to avoid cutting into the trunk of the tree instead of the branch of wood. If you do this, it will cause your branches to take a very long time to grow back or it may cause them not to grow back at all.

In addition to avoiding cutting the trunk during cutting branches you also want to avoid tree topping. What is tree topping? Tree topping, also known as tree crown reduction, is a method of pruning trees that involves cutting off the top portion of the tree. The tree is then left to grow back from its remaining branches, resulting in a shorter and more manageable tree.

Tree topping is usually performed when a tree has grown too tall and needs to be cut down or trimmed back. It can also be used to remove dead or diseased parts of the tree. This method is often used on trees that are located near power lines, which may be damaged if a branch falls on them during heavy winds or storms.

Lower branches are usually shaded by upper branches, which decreases the odds of them growing near the old spot where you cut. Also, the cut site of the branch is not designed to have the capacity to grow back. However, this does not mean the tree can’t grow a new branch. If the buds on the tree near the cut site are not damaged, then you may see branches appear but they will be new ones instead of regrowth.

Ultimately this is because trees don’t heal the same way humans do. When you cut a position of the tree, they develop special scars to protect against disease and decay. These scars are there forever, and new growth isn’t possible through the scar. But, if done properly, they are still able to grow new branches.

Make Sure To Hire Professionals

If you make a mistake in cutting, then there’s a good chance that the branch won’t grow back at all. The best thing you can do for your tree is to hire a professional to prune your trees. Let’s be honest, unless you know what you’re doing, the odds are pretty high that you’re likely to make a mistake, and your tree won’t look like you want it to.

How Much is Central AC Installation? (Pricing Guide)

Use the Best Roofing Material for Durability and Strength

Do Branches on Trees Grow Back After Tree Branch Removal?

How Much is Central AC Installation? (Pricing Guide)

Use the Best Roofing Material for Durability and Strength

5 Steps to Take When Your Furnace Goes Out

The Benefits of Water Line Replacement